Are robots going to determine the fate of jobs in Nigeria? 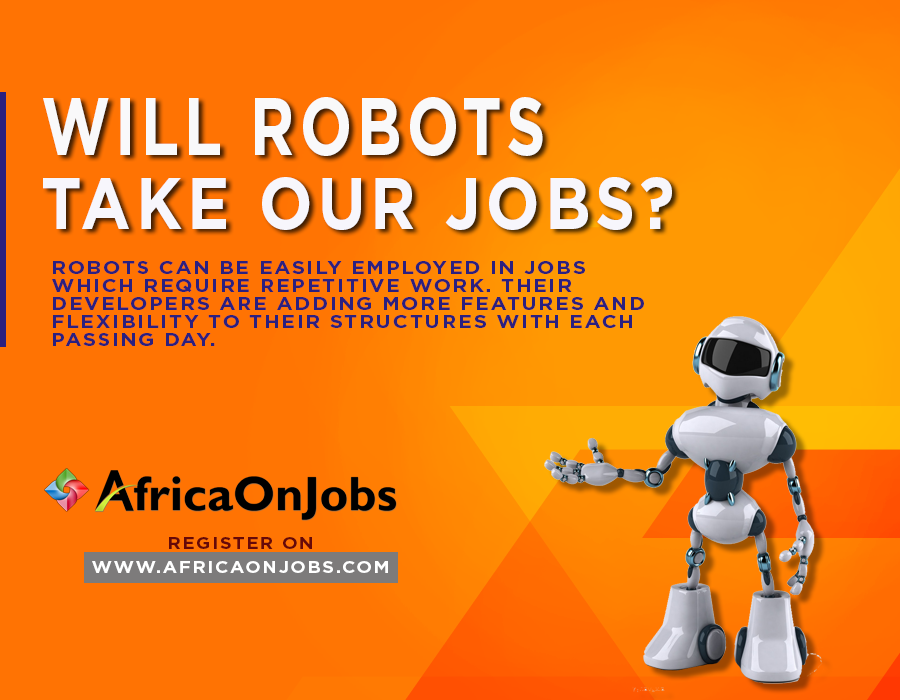 People all over the world are making predictions that robots are poised to make intrusions in jobs in Nigeria. But it all depends on their ability to carry out the work in the same way we do.

Multiple factors will determine if robots will affect jobs in Africa.

1.Humans are accepting robots at work because somewhere they don’t trust the other humans or somewhere they think that robots are more efficient and loyal than the human already employed at the job. The robot is being employed in various sectors like defense, manufacturing, scientific research, space exploration, crime investigation, fire department, etc.

2.Humans like to do work that isn’t monotonous. Robots can be employed in work which is more manual or is repetitive. Even robots can perform life-threatening and hazardous tasks that humans tend to avoid. An employer will prefer robots over the life of a human and risks associated with the company with that.

3. Workplaces and industries are facing labor shortages frequently and even if they find the labor to work they have to face labor union issues and ensure their welfare. They even have to compromise on the quality of labor they employee in their companies. Even a large number of people are going to retire and this job gap will be filled by the robots in upcoming years. Because these robots are advancing day after day. Their developers are adding more features and flexibility to their structures.

4. On the other hand, if the human workforce is adding additional costs to the existing product. Then the management of organizations will have to introduce and encourage the employment of robots in their workforce.

5. Robots have started to play an important part in all aspects of human life and they enable us to deviate our time and energy from boring and unproductive tasks. They enable humans to concentrate on tasks that generate value. The robot is going to bring more productivity in the workplace and they are going to transform the way we live and work.

6. But there is some human work that cannot be placed by robots as they don’t have the thinking and creative ability like humans. Robots are not good decision-makers as compared to humans. Robots don’t comprehend the feelings, emotions or dedications of other people in the surrounding area. A robot cannot take decisions based on instincts.

7. it becomes more and more important for job seekers to keep updating themselves with the new skills with the introduction of robots. Humans need to take the threat seriously and be ready for a time when robots will get more competitive.

Millennials are well educated and have access to mobile phones. They are motivated by passion and money plays a secondary role at times. Therefore, robots present a strong case to be hired instead of the upcoming generations.

Even more and more transport companies like Uber are investing heavily in self-driven cabs. Robots are taking up manual and laborious tasks like cleaning floors and moving the inventory from one place to another. Hence, it becomes more important for people to update themselves with skills.

Even in the construction industry, the employment of robots is in growth. Therefore, People in every sector need to mop up their skills to secure employment and continuity of their present jobs.

Humans may try their best to ignore the threat presented by robots but they have to keep themselves on the edge to sustain their jobs.

Register
I have read and agree with Terms & Conditions

Register
I have read and agree with Terms & Conditions